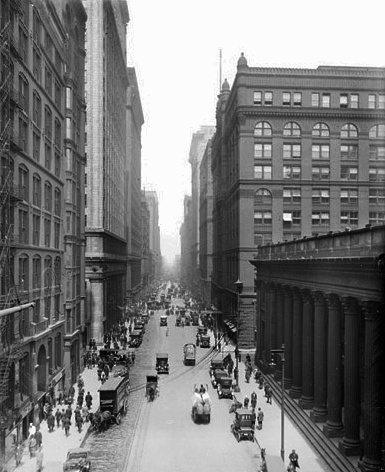 Great ideas often just need a spark. The unique Civic Consulting Alliance model began with a request from Chicago Mayor Harold Washington in 1985. But our roots delivering pro bono service for the good of the region as a private, non-profit organization go back more than a century. This is our story.

Commercial Club of Chicago
By 1877, Chicago had become a leading industrial and commercial center. To support Chicago’s growing economic vitality, leading businessmen formed the Commercial Club of Chicago to undertake various civic, social and economic pro bono projects. In 1909, the club underwrote Daniel Burnham's Plan of Chicago, which earned worldwide recognition and inspired a 50-year development and beautification program. Over the years the Commercial Club has continued to play an important role in Chicago’s transformation to the world class city it is today.

Since 2006, Civic Consulting Alliance has marshalled nearly $175 million in collaborative pro bono investments in the areas that matter most to our region.

Civic Consulting Alliance
In 1985, Chicago Mayor Harold Washington asked the Civic Committee to evaluate the fiscal health of the City. More than 70 business leaders came together on a pro bono basis to study the budget, evaluate long-range financial prospects and find ways of strengthening the City’s bottom line through improved operations. But the City also needed help implementing the recommended reforms. The Civic Committee organized the Financial Research and Advisory Committee (FRAC) to bring private-sector expertise on a pro bono basis to the cause. The initiative was such a resounding success that the group soon undertook additional projects. The scope of FRAC’s work eventually expanded beyond the operational reform recommendations in 1985, and FRAC took on some of the broader challenges of governmental and municipal management.

In 2005, FRAC formally changed its name to the Civic Consulting Alliance. The name change reflects both the wider range of issues the organization takes on today and our unique approach to working with pro bono partners. Since 2006, Civic Consulting Alliance has marshalled nearly $175 million in collaborative pro bono investments in the areas that matter most to our region: growing an economy that works for everyone, elevating our education system, and building safer communities.

Your good work has saved local taxpayers more than $1 billion. And as Everett Dirkson once said, 'A billion here, a billion there, before long you're talking about real money.'

Pro bono government consulting is nothing new, but the Civic Consulting Alliance takes it to a new level by strategically maximizing its impact.

We are looking at Civic Consulting as a national model for our Strong Cities Strong Communities Program.